Just in time to not be of much use for the 2010 festive season, I thought I’d mention a few sweet treats I cooked up just before christmas. They’re my usual repertoire but with a sturdy dollop of our current favourite ingredient, Rochester Ginger.

I’ve already described my basic fudge receipe, but this was my attempt to take it to the next level. Provided one likes ginger, of course.

I made a single batch of fudge and split it evenly between rum-soaked raisins and a fun mix of ginger. 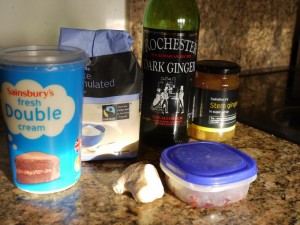 I wanted the fresh pungency from ginger root, stem ginger to occasionally come across and bite into and, of course, some of the Rochester Dark Ginger for good measure. The fresh ginger needs to be grated, you can’t just chop it up like you would for a stir fry because you need just the juicy essence, grating it leaves behind all the woody fibres. I used four finely diced lumps of stem ginger, a good inch of root and about 50ml of the wine. 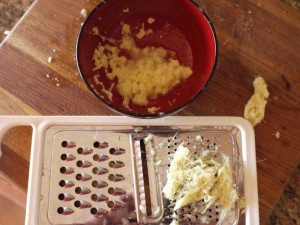 The biggest problem was the wine, it was liquid enough that it offset the setting point of the sugar when I stirred it into the mixture. In hindsight, Ishould have added it with the cream at the start and simmered it down, although that’s not much use when it’s split with the rum and raisin.

In the end, the only way I got my fudge loaf to set was to make use of the professional-quality, walk-inblast chiller for a few hours. When I did, it was very smooth and tricky to cut through, but was just chewy enough to be delicious in small pieces. At room temperature, it would have been lovely with three or four layers of chocolate round it. It was still very popular with family and friends though. 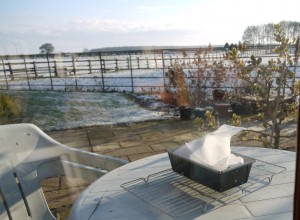 Interestingly, it didn’t stay that way. Normally, my fudge gets eaten long before shelf life becomes an issue, but after two weeks, it had absorbed sufficient moisture from the air to make the sugar crystals swell up and it went from a smooth chew to a coarse crunch. I can start to see why people add emulsifiers to the basic mix. 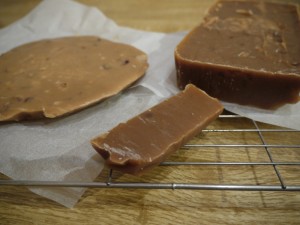 I also made up some pies, which are always tasty and surprisingly calorific. To satisfy as many as possible, I did a mix of puff and shortcrust pastry, with mincemeat and apple with ginger and cinnamon. 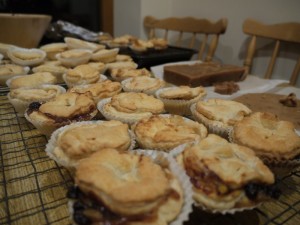