Dav Stott is a 30-something computer systems engineer. When he's not getting carried away learning some whizzy new technology, he's taking photos of the things he's cooked up in the kitchen, learning about the world of whisky or out hill walking. Occasionally he writes about it. 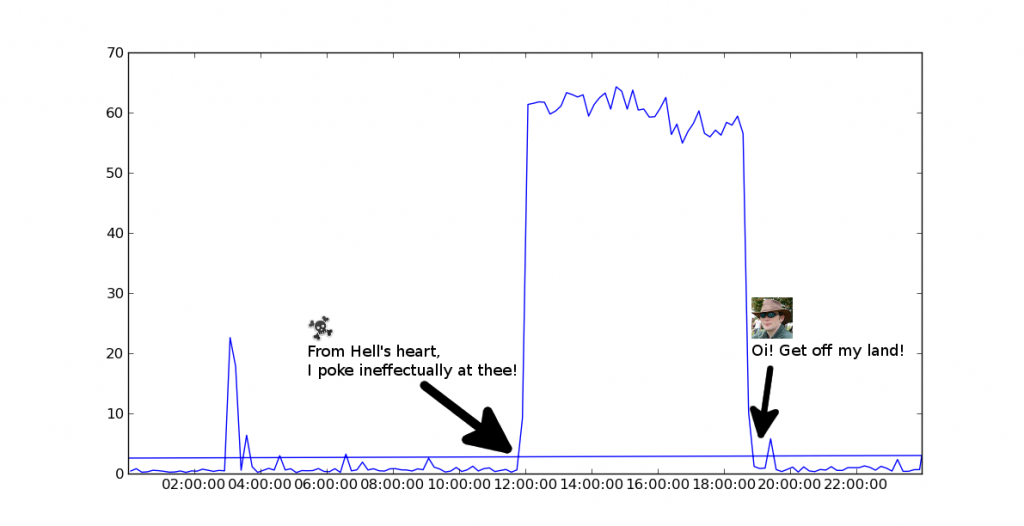 Police action, personal adventure, old school magic, a smattering of romance, and a 1960s Jag driven over 100mph through central London make for a heady mix of science and magic in Rivers of London.

This is Ben Aaronovitch‘s first novel set in the present day with a slight twist, starring some newly minted Police Constables who have a Harry Potter-esque experience when they discover that magic is a bit more real than they’d imagined, then all manner of things go bang and they’re stuck centre stage and have to save the day.

I found Ben’s writing style to be smooth and conversational and I enjoyed reading it at full speed, I picked up the first book in this series, turned a couple of pages and then suddenly two hours had gone by. There’s plenty of fast paced action sequences, some character development and a good old training montage

His universe has some simple and unique ideas that I think set it apart from other police procedural dramas, such a modern twist on elemental spirits and incorporating some interesting parts of London’s geography and history. In this world, magic is just another physical force, albeit one that is being kept quiet by The Establishment and one that carries interesting consequences all of its own.

Speaking of which, whilst the leading characters are all well rounded, there are just enough British institutions worked into the mix to let Ben pick much of the supporting cast off the shelf of characters (the B- and C-grades in Jasper Fforde’s back catalogue of generics), which allows them to serve their narrative purpose without having to all be explained from scratch.

I’ve read all four of the books published so far in this series and have enjoyed all of them, although a couple of the plot events left me with mental whiplash and my sisters and I going ‘did he really just do that?!’. For me, the most comparable novels are Charles Stross’ Laundry series, which are also a recommended read. This is travel reading at its finest, it’s not going to make you think particularly hard, but it will be enjoyable at every step of the way.

I’ve got a new whizzy-fast USB3 flash drive and one of the best bits about it is booting into a live Ubuntu in about 12 seconds flat. Carrying around a full desktop environment is great, especially one that takes up very little space and can persist its storage, but one of its potential pitfalls is that it only has a limited amount of disk space that it can write to.