After another good night’s kip, roused only by somebody making with a petrol strimmer at 7am, we headed away from Champex-Lac and onwards to Verbier.

Last night was enjoyable tho, a swift stroll by the lake after a positively riotous evening meal sharing a table with 2 British couples. A doctor was singing Nellie the Elephant to illustrate proper CPR technique, that song is forever tainted now..

Our modes varied slightly because I’m on holiday, rather than a mission, so I took the bus, train and cable car along the valley instead. 😀

I got chatting to a couple of guys from North Carolina, they were roughly following Kev’s C-Z route, but with a couple of approximations made by the company they contracted with to handle all the arrangements. I thought 31 C was 10 degrees too hot to do anything, they thought it was pleasantly cool. Different idea of normal I guess.

It was more than a bit novel to be the expert French speaker in the group! Their idea of the cable car up from La Chable was a pleasant finish, only a couple of Francs more than the bus. Then i promptly got us lost leaving the telecabane station.

My mission for the day was finding us somewhere reasonable to stay, it’s still quiet – medium season in Verbier so I had the pick of 2 or 3 places within budget. So I’m typing this from my private balcony over looking le place centrale over the third ice tea of the day. Holiday much?

much of the town is under construction, lots of big lorries and cement mixers feeding the many hungry big cranes.
Found a family pharmacy for a throat spray and joy of joys, they stocked Fisherman’s Friends and the kindly man spoke great English, tho I amused what I’m guessing was their daughter with my broken french and glee at finding yeehar strength mint tablets.

I perplexed half the town’s sports and shoe shops looking for size 50 insoles, mostly not available until ski season, tho I did fine a pair of size 50 boots on sale. “Le Cinqante?!” *surprise and bafflement*

I also finished devouring the novel I brought along for the ride, so that’ll get posted home in a bit, dead weight ftl.

tomorrow is the start of the real mountain leg of the holiday, the point of the exercise as it were. Up to 2600m at Col Terman and sleeping at 2200m at Lac de Louvie. Up close and personal with the mountains. Could be interesting or it could be seriously annoying if the promised thunderstorm hits.

I can’t promise much phone signal until Grimentz in a week’s time, but I’ve ceased being surprised where Swisscom put cells.. 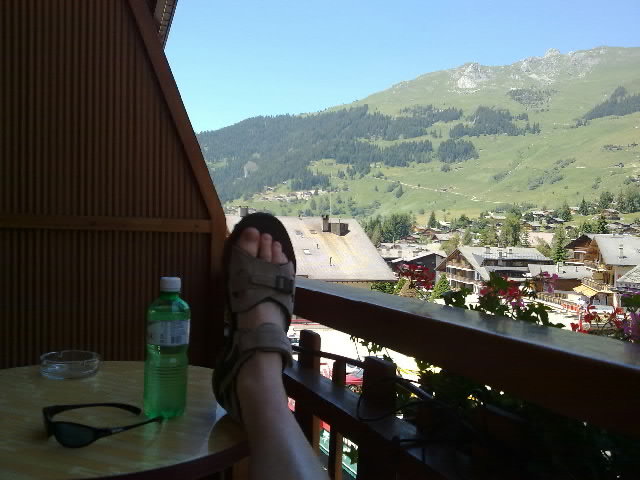 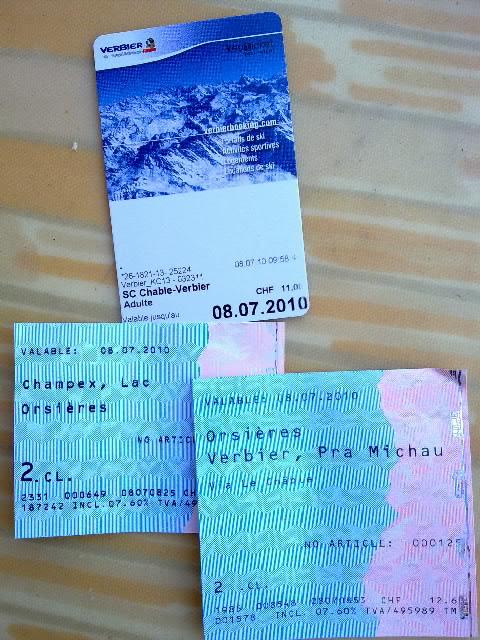