Plans on an early start sabotaged by the best night’s sleep for a while, Grand Hotel Kurhaus is worth coming back to. Good spread for breakfast too, tho still full of last night’s dinner.

Arolla was busy, a few groups coming and going with coaches standing by. Resisted the call of the hiking kit shop, settled for reading about the Guided trips up to the glacier, fun but the kit list was extensive.

Straightforward day’s walking down the valley to Evolene, a village big enough to get its own bypass. Slightly overcast and wonderfully cool air led to a deceptively swift pace whilst we watched the mountains drift by.

We paused to poke around the stream a bit, tho it was quite fast flowing so care, or long legs, were required to cross it. Which led us straight back across on the next bridge down, one of the morning’s less useful sections of path. I bowed to temptation and made with the Sudafed, lets see if the over the counter version messes less with my mind than the common or garden Active. Half an hour later, my nose eased and I became somewhat hard of thinking. Grr.

We saw evidence of an ultimate fitness route, there were some obstacle course style contraptions every now and again, accompanied by signs (sponsored by Zurich) inviting the hypothetical reader to do things like 30 pull ups on a pair of rings. Owch.

We’re not quite sure how the Pension at Lac Bleu exploits the Belgians (part of its signage), but its fishing pond and multilingual signs seemed a little contrived for my taste. Judging back the cars milling around, it attracted the Dutch effectively too.

Paul picked us a picnic from Arolla’s shop which we munched next to the river between Les Hauderes and Evolene, about a mile from where the cheese was made. Yum. Tho my backpack smells of cheese a bit now.. The camp sites were doing a solid trade and we saw quite a few groups of climbers setting up around the valley walls.

Plenty of butterflies on the way, tho they scattered as soon as we’d unlimbered the cameras.Evolene is a fairly large village, big co-op on the end, many hotels and restaurants on the main street and a whole bunch of nooks and crannies between the traditional buildings.

Hotel Hermitage is easy to find on the main street, they speak good English and were quite happy when we rocked up about 2ish. A quick boule of citron sorbet from the village, an unexpected by most welcome punnet of juicy strawberries and lying back on the balcony has done wonders to restore me. Crossing fingers that an unblocked nose is NOT an invitation to bleed again, must not get complacent.

Staring up at the valley wall in disbelief at what we’re planning for tomorrow, the newly extended Cabane de Moiry via Col du Tsate. As far up as 2900 metres. Twice. Heard a few more English voices today, though we’re very much still the minority amongst the tourists. 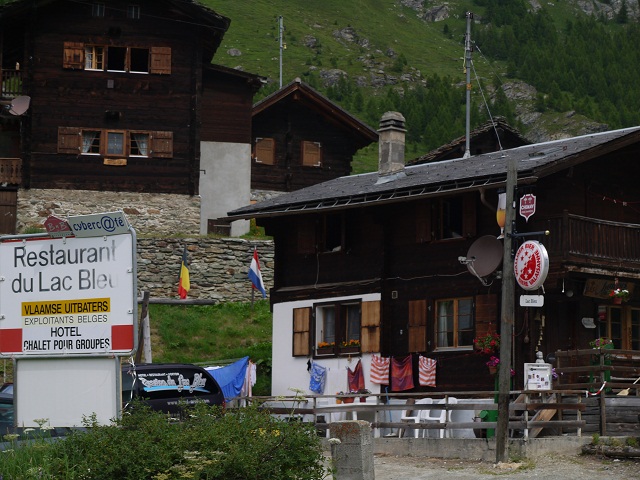 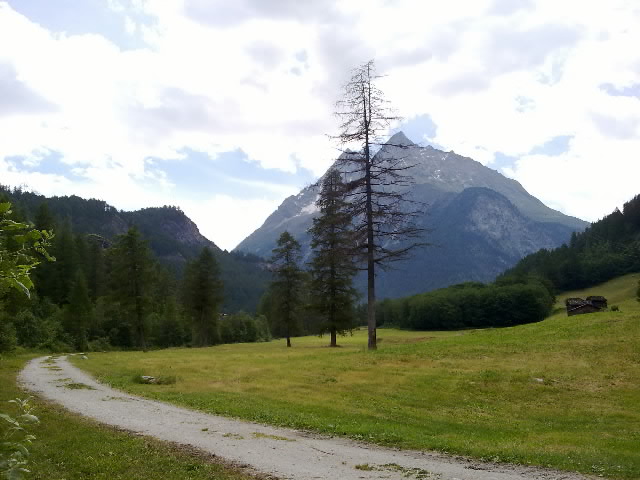 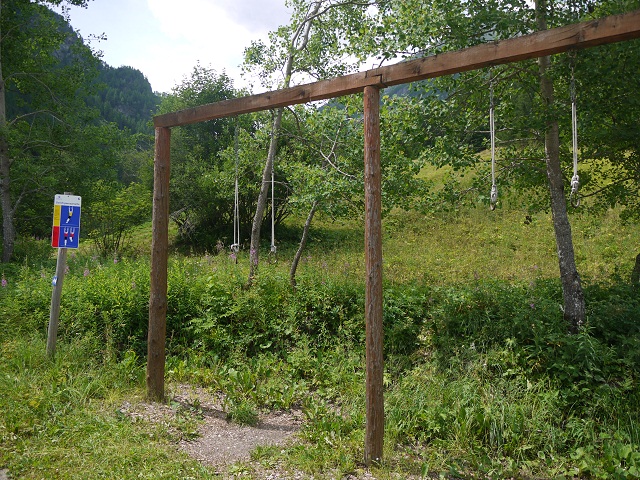 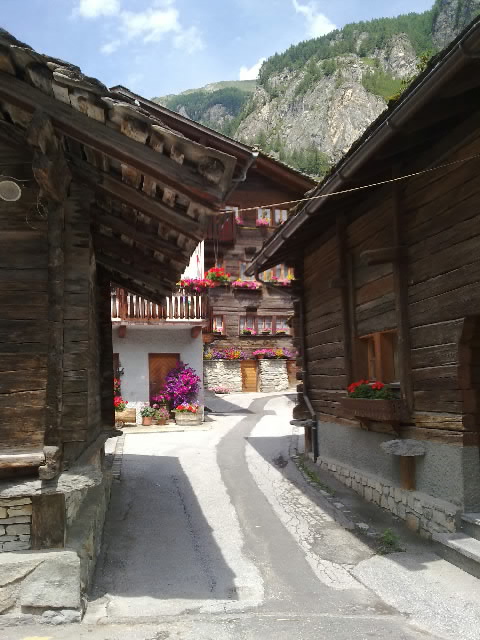