Started the day by blowing my nose. Not normally that noteworthy but the heat meant it took me 3 hours to get it to stop bleeding, not impressed – no brekky for me.

Chilled, planned and booked the next hotels until it was kicking out time, when we decamped to a cafe for a bit. Mmm, ice tea. We needn’t have bothered booking online for the somewhat cheaper Hotel Elite, turns out its not manned until the evening. It’s a basic but clean 2*. Lift big enough for one person or 2 bags. Ensuites straight out of Langwith D block. Not as good as the other 2*s we’ve been staying in, but hey, cheaper is cheaper and it gives me a chance to catch up with my typing and listen to the chavs and bikers make loud noises outside.

Ventured out into the 35c heat about 5ish to go poke around the old town a bit and head up to the church on top of the hill. Quite a bit of rehearsing was going on in the music college buildings. Took a few fun photos and wilted a lot in the heat, tho it was beautifully cool inside the church. Couldn’t resist getting a sorbet to walk back to the Hotel with, whereupon I added another verb to the list of things that makes my nose bleed..

Dinner was good, but the evening was dominated by the world cup final, a great many people thronging the central street watching the match on as many big screens that the cafes could wire up. The serving crew had their work cut out to keep the drinks flowing, but the proceedings were very civilised. Some snack food provided by a chap with a paella pan and a gazebo, or another cafe serving as much raclette as they could manage.

It’s down to a more sane 25C now, still too hot to sleep with the double glazing shut. A shame because my window opens over aforementioned street full of people cruising in either chav mobiles, or cars so new and shiny I had to ask Paul what they were. Means I don’t need to watch the game on my room’s little telly, I get all the highlights roared in from the town. 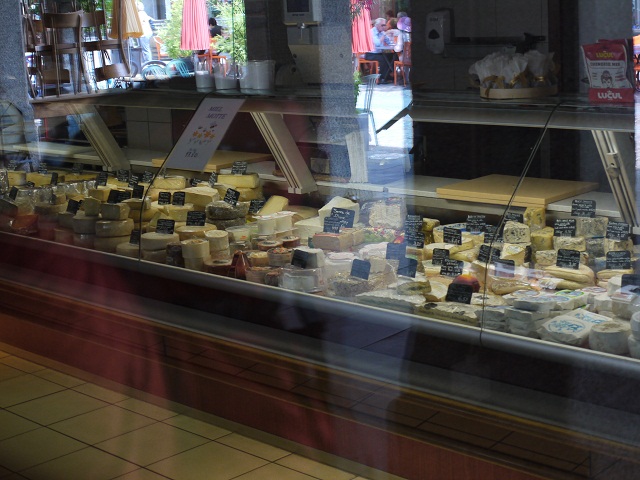 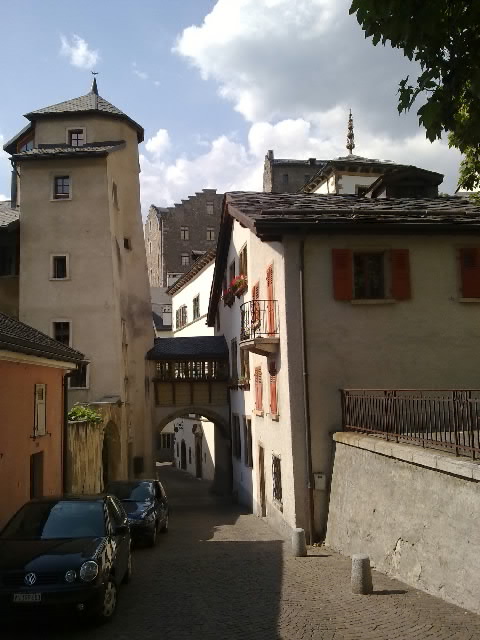